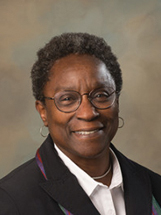 Sheila Vanderhoef recently retired from the position as the Town Administrator for the Town of Eastham. She served in that position for over 25 years. During her tenure, she oversaw the largest capital works project the town has undertaken in implementing a town wide drinking water system at a cost of $130 million. The engineering and management of the project has won state and national engineering association awards. Other career highlights include, development of a five-year capital equipment and human capital development plans, introduction of rigorous budget management policies and procedures, and capital investment in all municipal structures.

Sheila’s Government service includes membership on the Local Government Advisory Committee providing input to the Governor’s office on municipal issues, and on the Board of Directors of the Massachusetts Municipal Association as an elected Representative for District 2. Sheila also serves on the Cape Cod Community College Trustees as Chair and on the Cooperative Bank of Cape Cod Board of Directors as Lead Director. She has also served on various local non-profit, and profit business boards and served on State level Committees and Boards.