The Massachusetts School Building Authority ("MSBA") is a quasi-independent government authority created to reform the process of funding capital improvement projects in the Commonwealth’s public schools. The MSBA strives to work with local communities to create affordable, sustainable, and energy efficient schools across Massachusetts. 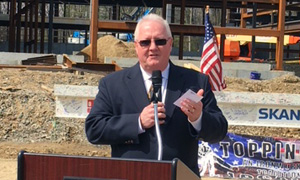 The MSBA, which has a dedicated revenue stream of one penny of the state’s 6.25-percent sales tax, is collaborating with municipalities to equitably invest in finding the right-sized, most fiscally responsible and educationally appropriate solutions to create safe, sound, and sustainable learning environments.

The MSBA has made more than $15.8 billion in reimbursements to cities, towns, and regional school districts for school construction projects. Instead of waiting years for reimbursement, districts now receive payments from the MSBA as costs are incurred, usually within 15 days of submitting a request through the MSBA’s online Pro-Pay System.

To fulfill its mission of bringing reform and innovation to the school building process, the MSBA has accomplished the following:

END_OF_DOCUMENT_TOKEN_TO_BE_REPLACED

>  From the Executive Director