Congratulations to the winners of the
MSBA's 10th annual "My Ideal School" contest! 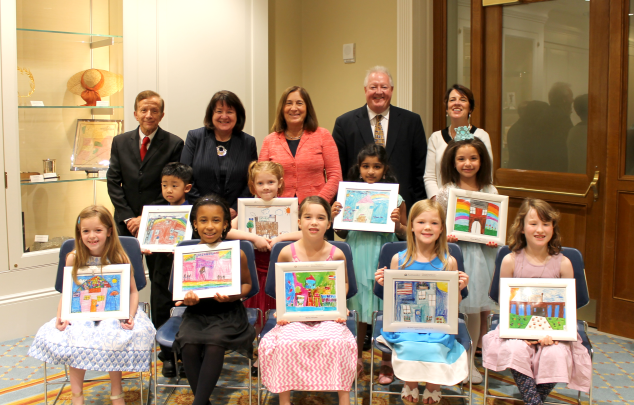 The primary goal of the "My Ideal School" contest was to promote discussion among students and teachers as to how thoughtful design and construction of schools in Massachusetts supports student engagement and 21st century learning. This contest was open to all first-grade students currently attending a Massachusetts public school.

This year, we received over 2,500 drawings and selected ten regional winners, including our grand prize winner. We held a special awards ceremony at the Massachusetts State House on Monday, June 6, 2016. Each winner received a special prize graciously donated by Santander Bank and presented by State Treasurer and Chair of the MSBA Board of Directors, Deborah Goldberg. During the ceremony, we also announced our grand prize winner, Marlee Thrasher of Somerville. Marlee's winning artwork will be featured on the cover of the MSBA’s next annual report.